As you may have already read by now, the Philippine automotive industry didn’t exactly thrive in 2020, reporting a 40% drop in sales from the previous year. That’s understandable, considering the viral situation that we were and are still in. With mobility and other marketing strategies impaired, we could say that it was an uphill climb if you’re a car company – not only in the Philippines but all over the world as well.

But if there’s any consolation, we’ve observed that Filipino car buyers were more welcoming of China-sourced vehicles in the past year.

Now, this isn’t just an observation based on these cars’ population on the streets. We have the sales numbers from each automaker, along with retrieved data from those that didn’t report their numbers via official channels.

I would like to emphasize ‘roughly’ as that figure doesn’t include the Jeep Renegade and Compass units from China, as well as the numbers from Maxus, Haima, Kaicene, and JAC (these companies didn’t have an official sales report). It doesn’t include the number of Ford EcoSport and Chevrolet Sail units sold, as well, but for context, Chevrolet Philippines delivered 503 cars in 2020, while the Ford Territory is the highlights of the brand’s campaign last year.

While the mentioned total number of China-sourced cars may not be higher than in 2019, it’s important to note that four car brands in 2020’s top 10 offer China-sourced products, ultimately helping their business case in the country.

First of which was Hyundai Asia Resources, Inc., which placed fourth in last year’s official tally. The South Korean company sold 16,346 vehicles last year – 8,464 of which were passenger cars. HARI has confirmed that the Reina was one of its bestsellers for 2020, although the company hasn’t provided its per model breakdown as of this writing. 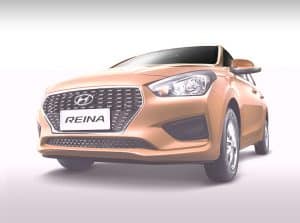 The fifth placer Ford Philippines, on the other hand, reported 14,775 units sold. Out of those vehicles, 1,925 units were the China-sourced Ford Territory, accumulated within its five-month selling period. The compact crossover helped the Blue Oval retain its place in the top 10, representing 13% of the total Ford units delivered in the country and 33% share in the small SUV segment. 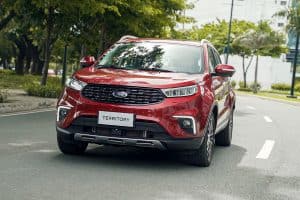 Despite not declaring its official numbers to AVID, MG Philippines disclosed to us that they moved 3,432 units in 2020, securing the ninth spot in the tally. This wasn’t a surprise since MG actually sold more of its China-sourced British-branded cars in 2019, but the current economic situation should give the company a pass. 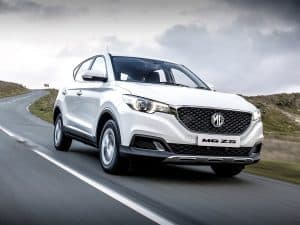 Chinese brand Foton concludes the top 10 of 2020 by selling 2,456 units. However, it’s important to note that this is the first year that Chery Philippines, now under the United Asia Automotive Group, Inc. (UAAGI), the same company that sells Foton, has reported a full-year sales tally, amounting to 617 units in 2020. 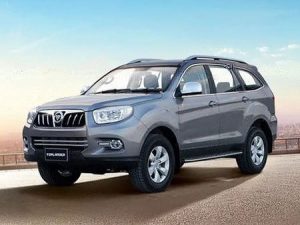 Chery Philippines aims to increase that number early in the year with the introduction of the Tiggo 7 Pro this January, plus 25 dealerships to be added to its portfolio. 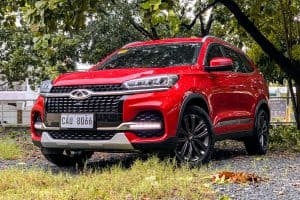 There’s another noteworthy Chinese car brand that soared in 2020, and that’s Geely and its impressive line of crossovers. Geely Philippines recorded 2,158 units sold in its first time to pen down a full-year report, securing the 11th spot in the overall tally. For the breakdown, Geely has sold 1,787 Coolray units, while the Okavango has outsold the Azkarra at the end of the year with 197 units delivered versus 174. 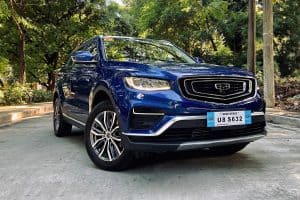 What’s impressive about Geely was that it was able to sell these number of units with only a handful of dealerships – six to be exact, with the last one erected in December 2020.

Geely has promised a full-blown expansion this 2021 and it has already started with its seventh dealership in General Santos City, while its first showroom in the Visayas and the eighth overall has opened in Cebu recently. A new sedan is also expected to enrich its lineup this year, hopefully gaining from the clout that the Coolray, Azkarra, and Okavango has already established among Filipino car buyers.

Just slightly behind Geely was Kia, with 2,158 units sold in 2020. Surprisingly, the China-sourced Kia Stonic already joined the company’s three bestsellers despite getting launched just in October. Of note, Kia sold 817 units of the Soluto, another China-sourced model, and 345 units of the Stonic, which summed up to over 50 percent of the car company’s total sales for 2020. 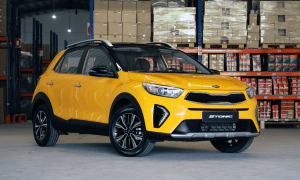 As I’ve said in my previous piece, sales numbers are one thing, but following through with a great, no, excellent after-sales service is another. There isn’t anything to gain from seeing these car brands fail in their decision to source cars from the People’s Republic. For what it’s worth, what we motoring journalists want to see is a win-win situation for everyone – companies profiting from their business decision, and consumers happy and satisfied with the vehicles they bought, regardless of their origins.

With that said, here’s to hoping for a consistently delightful business between these car companies and their customers.

The Land Transportation Office (LTO) has summoned the woman in a viral clip for not wearing a helmet while on board a...
Read more
Spotlight

Dodge flexes muscle with the Challenger and Charger

Customers who will purchase a Ford Ranger Raptor this month will get a worry-free ownership package valued at PHP100,000.
Read more
Spotlight

The first Bentley SUV, Bentayga, was launched in 2015. The Bentayga was named after the Roque Bentayga, on the island of Gran Canaria, Spain....
Read more