A few hours after I launch-controlled the Porsche Taycan Turbo S, I swear my head still hurt. The acceleration is, frankly, violent and unrelenting. The last time I felt my innards get rearranged like this, I was strapped in a Le Mans race car. Yet, the Taycan isn’t a big-engined, high-downforce supercar. It is, in fact, quite the opposite. It’s a four-door, four-seater fastback that doesn’t emit much noise. It doesn’t even sport an engine, at least in the traditional sense. What it is, is environment-friendly motoring done the high-performance Porsche way.

First, let’s talk about the name. It doesn’t bear any numbers like 911, 718, or 918, and that’s intentional. Porsche wants its first all-electric vehicle not to be saddled by tradition. Instead, they want it to marry tradition, modernity, and the future. In the end, they chose Taycan—which is Turkish for “soul of a spirited young horse.” It so happens that in Japanese, the name—taikan—means means “physical experience.” Coincidence? Perhaps. But more importantly, it signifies Porsche’s intent to create a vehicle that’s free-spirited, vigorous, and almost impetuous. 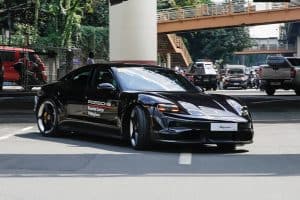 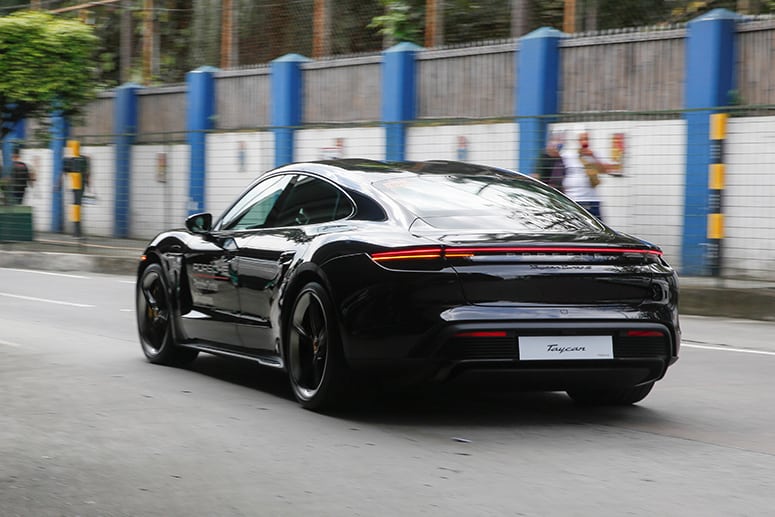 Floor it, and the car won’t let out a bark—no cantankerous V8 or high-revving flat-6. Instead, it’s a faint whistle, or a ‘weeeeeeee,’ if you prefer some onomatopoeia. Sure, there’s an engine noise generator called Porsche Electric Sport Sound, but I reckon you’ll get tired of it after a few weeks. What won’t get tiring is the acceleration. In an instant, my back dug into the red bucket seats, and the Taycan Turbo S blurred the scenery. In the fleeting seconds that followed, I feared I got whiplash, wet my pants, or both. With no loud engine sound to accompany the brief trip to warp speed, this sense of speed is heightened. It’s out of this world. 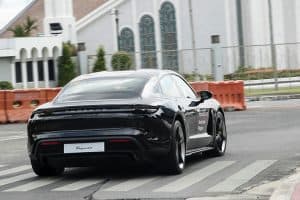 At this point, it’s easy to think of the Taycan Turbo S as a one-trick pony. It’s not. Even when traffic and MMDA officers conspire against you, it delivers on being a truly impeccable daily driver. The steering is spot on, giving you a sense that your hands have a direct connection to the front wheels. With a center of gravity lower than a 911, body roll is absent. It shifts directions impeccably, and the ride is firm but never uncomfortable. Single-handedly though, the biggest surprise are the brakes. Typically, EVs have artificial-feeling brakes due to their energy regeneration system. Here though, despite still being equipped with regen tech, the feel is positive with a bite and feel akin to a regular car.

The same can be said with the Taycan Turbo S’ interior. Despite having a design brief that reads more like a high-end smartphone or high-performance computer, pull the handle, drop into the seat, and it feels 100 percent Porsche. The layout and driving position are perfect. Start prodding though, and the interface is all new. Screens are king here with a curved one serving as the instrument panel, and another one at the middle of the dash for the infotainment. There’s also a third one below that. Despite the high screen quotient, the gimmick count is low, and quality is high. It’s easy to be at ease in here. 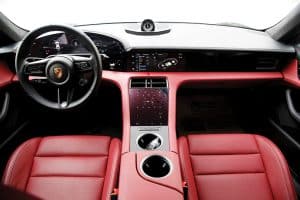 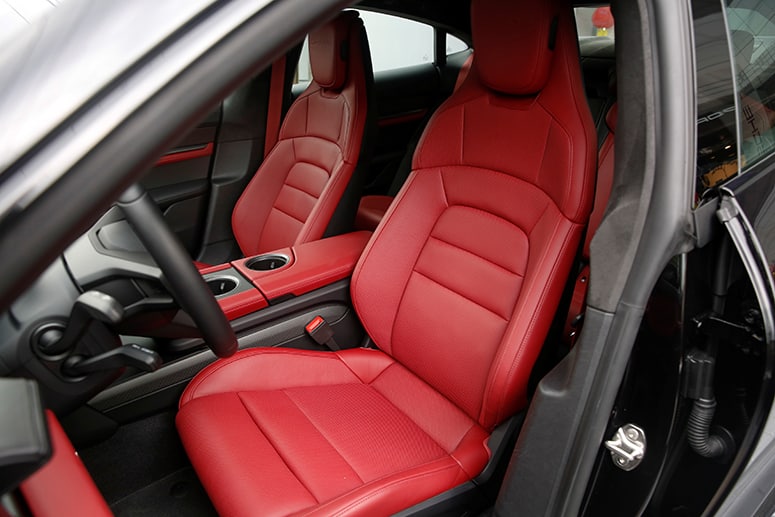 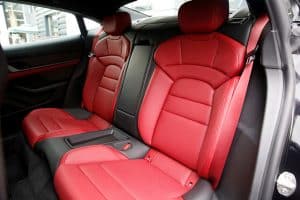 Sitting between the 911 and Panamera in terms of size, the Taycan Turbo S’ design is unmistakably Porsche. Up front, it looks wide and flat, with highly contoured fenders. The silhouette is shaped by the sporty roofline sloping downward to the rear. At each corner are 21-inch wheels with tires sized 265/35R21 at the front, and 305/30R21 at the back. Just behind them? Standard ceramic composite brakes. At the back, an active spoiler activates automatically depending on speed (there’s no override). Aside from the LED Matrix headlights, there are also other innovative elements, such as the glass-effect Porsche logo, which has been integrated into the light bar at the rear. 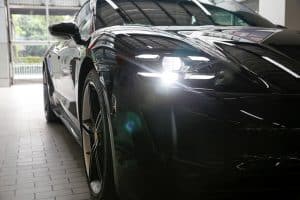 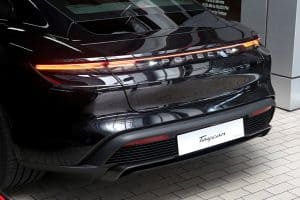 Despite being an electric vehicle, Porsche Philippines says clients got a Taycan Turbo S—the only model available locally thus far—for its performance. Still, for those who have concerns about its range and charging time, there are solid answers. 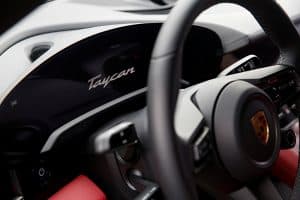 For starters, it’s the first production vehicle with a system voltage of 800 volts instead of the usual 400 volts found in other EVs. This results in quicker charging times. 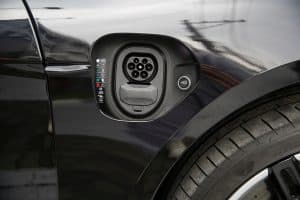 In just over five minutes, the battery can be recharged using direct current (DC) from a high-power charging network for a range of up to 100 kilometers. The charging time for 5 to 80 percent state of charge is less than 25 minutes, with maximum charging power, or peak set at 270 kilowatts. Moreover, the Taycan Turbo S can be charged at home, and Porsche Philippines will help clients prepare their garage for one.

There may be a steady pool of electric cars now coming into the market, naysayers will rightfully point out that there’s always one thing missing: a really great electric driver’s car. Yes, several of them can make you giddy with their acceleration, but point them down a twisty road, and they’ll almost always live you a little underwhelmed. The Porsche Taycan Turbo S puts all that right. If this is the future of electric vehicles, then you can surely count me in.

The Land Transportation Office (LTO) has summoned the woman in a viral clip for not wearing a helmet while on board a...
Read more
Wheels Picks

A few hours aren’t enough to take in the majesty of BMW’s flagship SUVs, or in their parlance, Sport Activity Vehicles—the X5...
Read more
Wheels Deals

Never mix business with personal matters is the most common advice you will hear from business or financial advisers. However, it’s a...
Read more